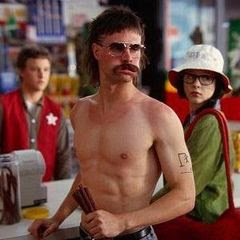 One of the best small players ever.

Having worked as an actor for several years, it´s easy to come to the realization that

a) it´s often easier to play larger parts than smaller parts, and

b) you often get cast in the latter, not the former.

The reason for b) is obvious, but the reason for a) might not be so clear for everybody. However, the same applies to screenwriting. Here´s why.

When you, as an actor, step on to a foreign set, you don´t know the codes, you haven´t been a part of the project from the get-go and thus, you don´t know the temperature of the set or the expression of the movie. After watching one of my childhood role models stumble on to a set of younger people and completly blowing his lines, trying to fit in, I couldn´t help but cringe and wonder why. The actor, known for his organic and tempered portrayals fell victim to a fit of grotesque over-acting, playing a character that seemed completely out of context. Hard to watch on set, and even harder on screen – I guess a thousand times so for the performer.

Luckily, when writing, we are often given more than half a day to get whatever we´re doing to work. But after spending months or even years on your main character, the antagonists, love interests, the quirky best friend or whatever, you sometimes end with a minor scene that just seems to trip the whole pace of the movie. Some minor character, possibly only a function – or actually, probably so – appears behind the counter at 7-11, delivering a vital piece of information or getting shot in the head with nobody really caring. The character seems contrived, with no prior life before the scene, and nothing going on after.

This is where weak writing shines through your art like an open sore.

This is, luckily, also the place you´re allowed to cheat a bit.

When crafting solid characters, you know, the kind you´d want to spend 1.5-2 hours in a theatre with, or even 7 seasons on your favourite network, you have to do the groundwork. Your character becomes your friend, that you carry around in the back of your head while not writing your story, you get annoyed with it and laugh when it does something funny – a bit of warning here, this might also be the warning signs of schizophrenia, but a lot of great artists had issues so fuck it. The apperance of your minor characters might be a result of a sudden rewrite, a minor feedback or whatever, and allthough you don´t have 6-12 months to write it, they deserve to live, and by live I mean “live”. 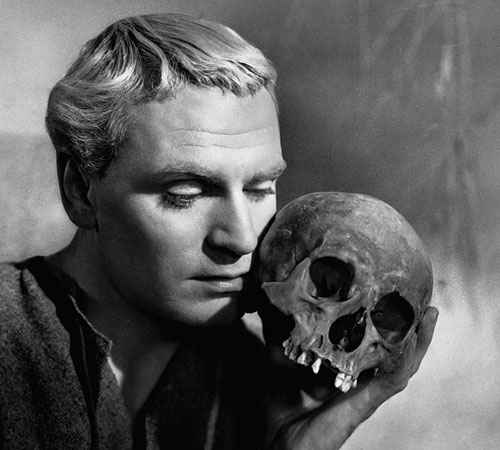 Give your minor characters a chance to shine.

When jumping in for half a day to play a minor character, you know, the best friends best friends who tells you that your love interest has been sleeping all over town, or whatever, you still, or even more than usual, have to pull up your actors manual and refresh the 5 questions, or whatever kids are calling them nowadays:

– Where did I come from?

– What´s my relation to the other characters?

By asking yourself these 5 short questions, you automatically open the door to a larger backstory, than, say: “I´m a guy who stands behind this counter and waits for that dark haired guy to come in so I can launch my line at him”, which makes you seem like a robot.

The 5 questions don´t need to be known by anyone else but yourself, but the result of asking them, gives your character a life outside of the scene, and makes it look like an actual human being instead of just some expositional veihicle, which is, basically, what it really is.

You can also play around with the questions, or more so, the answers. For example “what´s my relation to the other character(s)?”. A good example would be Zack Galafinakis character in The Hangover 2, which I just watched on my plane from Iceland, which is the reason I´m using just that example. Galafinakis, when introduced, is in total awe of one of the characters, indifferent to one of the others – and then, a bit later, really dislikes a fourth member of the crew. This is basic impro, and was probably written more or less in the script, but it shows the characters sense of self in relation to others, and can be a great tool to fool around with. Have your character dislike someone that´s higher up in the hieararchy than themselves, or really idolize someone, without any explanation – and see if it doesn´t bring some sort of life to your character.

This guy and his monkey get it. Also, the monk.

On the “where am I going”-question, just toss in a few wild suggestions, and see if that doesn´t change your character: “I´m really going home to have sex”, “I´m too late to a dinner party”, or “I´m going anywhere but home – maybe someone will hang out?”.

All of these change the nature of the character, and bring them to life – it will also possibly bring some sorely needed conflict in your scene, if your scene is just bringing the story forward without any soul or tension to it.

But this is not where I´m going with this article, not really. Because, you see, I´ve got one more trick up my sleeve, that gives me instant access to all of these character facets. Again, as with ANYTHING on this blog, I probably – no, definitly – haven´t invented it. I´ve, like you, seen it on screen, read it in books, or whatever – again, it works, and it´s this:

When writing a minor character, with no specific relation to the story, I always, always substitute a friend, or someone I know.

It might be an old teacher, a co-worker, or even a character from another movie – the thing is, it´ll be my interpretation of the character, and most likely just one facet of them, so the chances are nobody, including them, will realize that this is what you´re actually doing.

I can´t stand the “You have to know where your character went to school and what they had for breakfast”-bullshit. I can´t remember for the life of me where my best friend whent to school, and I have no idea what my mum had for breakfast. However, I know exactly how they´d react if they were behind the counter of a starbucks, and a desperate terrorist came running in. Actually, I know it so well that I wouldn´t put them in that particular scene. I´d put my wannabe heroic coworker (whose main claim to fame is playing through the Final Fantasy-series) and self proclaimed martial artist friend with poor hearing there instead, he´d bring some action to it, and get a few laughs along the way.

And there you have my screenwriting lesson for the day:

If you have a minor character that you don´t know how to write, substitute a funny friend for it.

Could have told you that way easier, right?

Hey, here´s a favourite soundtrack of mine for you to enjoy while writing, as a compensation: http://youarelistening.to/ – an ambient soundtrack with a police radio from L.A. superimposed.

No go write something good. See you!

6 thoughts on “Writing the scene, part #1: With a little help from your friends”